This past week was a pretty solid all around week for the Quarterbacks of Fantasy. I was keeping up with the action on Twitter and opening up for any matchup or #sitorstart advice you may need. I really enjoyed that, and I will be available again this week for any help you may need!

11 quarterbacks scored over 20 points, but not a single one cracked the 30-point range. MVP hopeful, Matt Ryan led the charge with 27, as we did expect him to come out any play well. Ryan’s consistency has been outstanding, and his Falcons win again.

Russell Wilson finally came around, and I know this makes a lot of you owners out there very very very happy people. Wilson scored 26 points and looked like his old self. 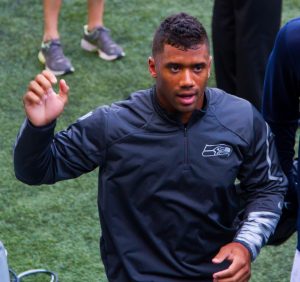 My sleeper of the week, Eli Manning, did in fact have himself a good ball game, finishing with 22 points. Nick Foles and Ryan Tannehill however, did not fare as great replacements as Tannehill scored 9 and Foles scored 11.

Jeer/Bust of the week: Derek Carr

Considered by a few to also be an MVP candidate, and coming off a ridiculous 35-point week, Carr managed to score just 7 points against the tough Denver D. Now I know it’s a tough matchup, but it was the lowest total of any starting quarterback this week. Comon Derek. 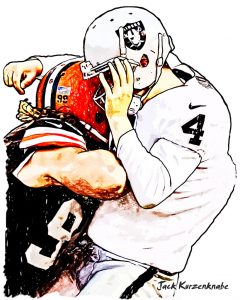 For once, this is not a positive spotlight. After starting off so well, Wentz has really gone downhill the last 4 weeks. Coming just 10 points for him this week in what seemed like a nice game, and a loss. Wentz needs to get back into rookie sensation form if he wants his Eagles to have a chance. 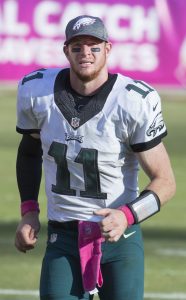 Stud of the Week: Matt Ryan