Believe it or not, we are now half way through the NFL season!

This past week marked the hallway point of the season, and many of our quarterbacks certainly did seem in mid-season form, starting with Derek Carr. Carr went off with 35 points, the best fantasy performance of his NFL career. 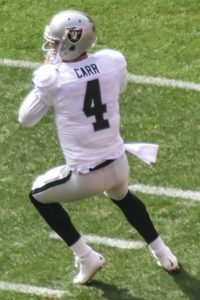 Following Carr was my personal pick, Aaron Rodgers with 33 points, and Tom Brady and Blake Bortles each with 29.

My sleeper pick, Tyrod Taylor had a pretty decent outing that resulted in 17 points against the Patriots. I know my predictions last week weren’t the best, but both Taylor and Rodgers backed me up this week.

Jeer/Bust of the week: Russell Wilson

I thought for sure Wilson would turn it all around this week against New Orleans, but man I was wrong. Just 9 points to his name. Poor. Wilson is a mystery. 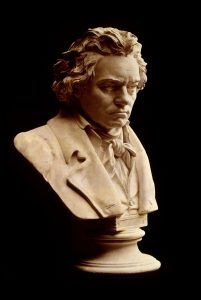 (This is a bust is you don’t get the joke)

Dak scored a career high 26 points in his dramatic performance against the Eagles. Dak not only showed great poise for his team, but ability to be a serious fantasy threat.

Stud of the week: Derek Carr