A 7th week has come and gone.

This past week was a decent week for all our quarterbacks’ quarterback broke the 30-point mark, and the highest scorers were Andrew Luck with 27 and Drew Brees with 24. ESPN’s top ranked QB, Tom Brady, scored a mild 17, and my top ranked QB, Aaron Rodgers was tied for third best QB with 23. 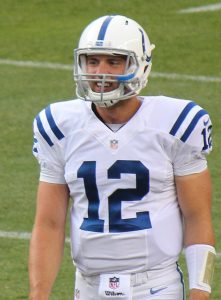 It was a rough week for predictions. My sleeper of the week, Landry Jones, only managed 13 points and two of my three backup options, Cody Kessler and Brian Hoyer, both went down with injuries. I promise, I had no idea this would happen!

Jeer/Bust of the week: Matt Ryan

The MVP frontrunner was supposed to have another solid week in store against the chargers, but failed to do so, putting up just 12 points. Do you think he is still your MVP?

After the Browns lost another QB in Cody Kessler, they had to turn to another rookie starter in Hogan. Hogan managed to score 16 points in an incomplete game. We expect to see him as the starter this week for Cleveland. 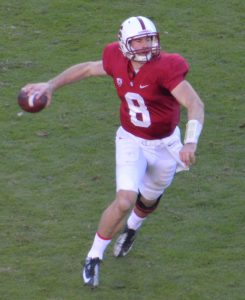 Stud of the week: Andrew Luck

Similar to the rook Hogan, Luck is a Stanford man. Just a cool note for you. We all know he has the potential to be this guy every week, but his inconsistency has been a problem. This week however, it was not. 350 yards and 3 scores for the Lucky boy.