A 10th week of NFL football has come and gone.

This past week was, in my opinion, an average week for quarterbacks. A total of 8 quarterbacks cracked the 20-point barrier, but not a single one got to 30 points. The leading scorer was Ben Roethlisberger with 28. It was really good to see Ben performing at a high level again after we saw him kiss those few weeks with the injury. I believe Pittsburg’s season is going to come down to the play of Roethlisberger as the most important part of that offense. 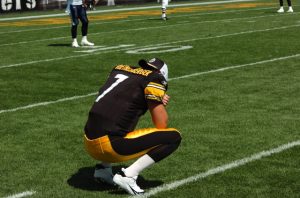 The young stud Marcus Mariota continued his impressive season against Aaron Rodgers and the Packers scoring 27 points. This was the second-best total of any QB for the week, and it was Mariota’s third straight game with over 20 points. Rodgers was the next best quarterback with 26 points.

I had Rodgers as my number 1 ranked QB for this week, and Mariota wasn’t even in my top 10. I think it is time we all start taking the Titans Quarterback way more serious and start considering him as a serious fantasy QB option in all leagues. 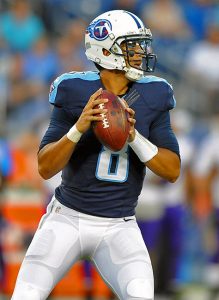 My sleeper of the week, Bryce Petty, was probably better off asleep. He scored just 8 points in his first start for the Jets and could not muster up any offense. Well, he can never say I didn’t give him a chance.

Jeer/Bust of the week: Matt Ryan

We are used to seeing the MVP hopeful in the “stud of the week” category, but not this time around. Ryan’s string of hot games came to a halt against the Eagles as he scored just 12 points.

As a Giants fan, this is hard for me to say, but this kid is awesome. Scored 18 points and played so poised in a huge win over the Steelers. Dak Attack in full swing (until they meet the GMEN). 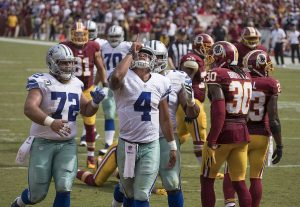 Stud of the week: Ben Roethlisberger

Ben threw for over 400 yards in this one with 3 scores and no turnovers. Even in defeat, you cannot deny his place as a stud.