It is Thursday, and that means the start of a 7th week of football!

Before we get into the good stuff i would like everyone to follow me on Twitter @_baileyramirez . This account is linked to my blog, and i will be tweeting things thats are relevant to the quarterback world of fantasy as it comes to me. I am sure there will be plenty of things that hit my twitter that aren’t in the blog, so please feel free to reach out to me, challenge me, ask questions, anything! I really hop to engage with you guys and together we can conquer our leagues!

Week 6 was full of good performances, and lets dive into what we can expect to see this week.

ESPN has Tom Brady as the top ranked QB, with a projected 19 points. Brady is on the road at Pittsburg, and with Ben Roethlisberger out for a few weeks, there is extra pressure on the Steeler defense, especially playing the all-powerful Patriots. (We will get to replacing Big Ben, don’t worry.) I expect Tom to have a good game, but I believe at least 2 guys will be better. 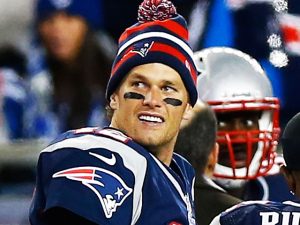 Aaron Rodgers and Matt Ryan are the next two up, each projected around 19 points as well. As we have come to learn however, Matt Ryan I having an MVP like season, while Rodgers has not been nearly as consistent. Ryan has a weak San Diego defense at home, so I’m expecting him to keep up his dominance, but, even though he let me down last week, I am taking Rodgers to be the top QB of the week. Rodgers and the Pack have the Bears at home. The oldest rivalry in football. I think Rodgers is frustrated, and with his RB Eddie Lacy now on the IR, something has to give. THIS WILL BE THE BREAK OUT WEEK.

Other guys to keep an eye out for are Kirk Cousins and Marcus Mariota. Cousins is taking on Detroit, and no one gives up more points to quarterbacks than Detroit. Riding the win over Philly last week, I like Cousins a lot. Mariota has had back to back really good games, and playing the Colts this week is another opportunity for him to keep that hot streak. 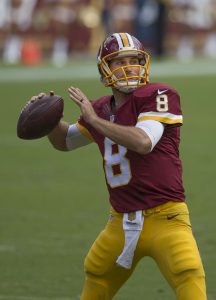 Like we touched on a bit earlier, Ben Roethlisberger is going to be out for a few weeks, and Ben is the second best quarterback in all of fantasy till this point. With that said, it must be devastating from some owners. So here are a few suggestions for this week to replace the big man.

Brian Hoyer: He has been consistent these last few weeks and Green Bay is 21st against the QB.

Alex Smith: I know he did not come through this past week, but he is still less than 40% owned, and has the potential to have a good week again.

Cody Kessler: If you have to reach this far, I feel bad, but there is upside to Kessler. His Browns take on the Bengals who are 25th against the QB, and Kessler is coming off a 21 point performance in week 6. 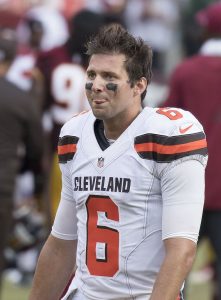 Sleeper of the week: Landry Jones

I know I did not suggest the Steeler back up as a Ben replacement, because I’m not ready to say that, but I can see Jones possibly truing it up for the Steelers in their showdown with New England.