Week 5 went, for the most part, without any surprises. Our big name picks in Ben Roethlisberger, Andrew Luck, and Tom Brady in his return all put up good numbers like predicted. Aaron Rodgers only managed 14 points against the Giants, and our top overall QB for the week, Cam Newton, did not end up playing due to his concussion.

Marcus Mariota exploded on the scene in week 5 scoring 30 points, and wound up begin the weeks highest scoring quarterback. My sleeper of the week, Brian Hoyer, did not let me down by scoring 23 points. At this point, Hoyer is no longer a sleeper, and Jay Cutler has some serious thinking to do. 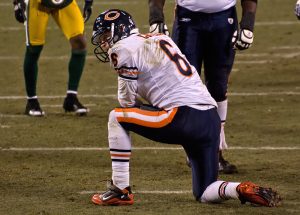 So now lets get into what we will see this week.

This week we lose Jameis Winston and Sam Bradford to byes, and Philip Rivers and Trevor Siemian both scored under 15 points in their Thursday night showdown which the Chargers won.

Once again I see Cam Newton as a major player this week if his concussion does not limit him. He takes on the division rival Saints, and has a history of lighting them up. ESPN has him projected 23, which is 3 more than the next best guy. 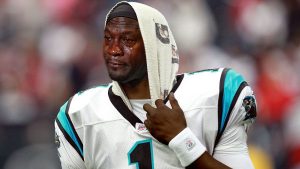 The other names I like for this week are Drew Brees who is set to do battle with Cam, Big Ben Roethlisberger at Miami, and Aaron Rodgers at home against Dallas. These guys have been at the top of the projections consistently, and for good reason. I personally expect Rodgers to really explode this week and end up as the week’s top scorer.

I also have my eye on Alex Smith against the Raiders who have been terrible against the pass this year. The division game against the fist place Oakland boys should bring out the best in Smith, and the matchup is extremely favorable. Smith is only owned in about 35% of standard leagues, so if you are not so confident about your QB matchup this week, take a look at Smith’s availability.

Sleeper of the Week: Brock Osweiler

Brock has been taking non stope heat from pretty much everyone. He has truly underperformed, and needs to improve if his Texans expect to be competitors. He has a very nice matchup against the Colts who are 27th against fantasy quarterbacks this year. Brock needs to turn it around, and I think he just might this week. He is only projected 15, but I say he goes for over 20.

Best of luck this week!